Sauraha, a little village that sits on the outer edge of the Chitwan National Park in the lowlands of southern Nepal, slept through most of the last half of the 20th century.

Historically, there was no way for vehicles to access Sauraha.  The few tourists who came to stay in the village — a jumping off point for trips into the national park to see the rhinos and sloth bear and, if they were lucky, the royal Bengal tiger — had to negotiate a rickety walking bridge that traversed the Rapti River.

Sauraha is not sleeping anymore.  In fact, it is wide awake and rarin' to go.

Since a big bridge was built to open access to Sauraha, oxcarts and horse-drawn wagons have been replaced by motorcycles, tourist buses and automobiles.

The first time I came here, 18 years ago, the few lodges that catered to visitors used noisy generators to light rooms and dining halls.  A person needed to be careful not to bump into a rhino in the village after the sun went down. Now electricity is not only used to light over 100 lodges and hotels, but also to electrify fences to keep the rhinos in the park and away from unsuspecting tourists.

And downtown Sauraha, an area that once closed down at sunset, is now alight with restaurants and shops and the sounds of Bob Marley and Guns N’ Roses often fill the air.

Of course, all of this "progress" is a mixed blessing.  The commercialization of my little village has caused only a little loss of innocence.  Please know that Sauraha is not yet ready to challenge the Las Vegas strip or Monte Carlo.  In fact, the next step up would be street lights.

But the growth is good for the local folks.  Everybody is working in the tourist business.  Even the women are earning a few bucks washing hotel sheets and pillow cases — although I'm sure they aren't being paid very much, unfortunately.  Any Trade Unionists out there are more than welcome to come and organize the "downtrodden masses”. 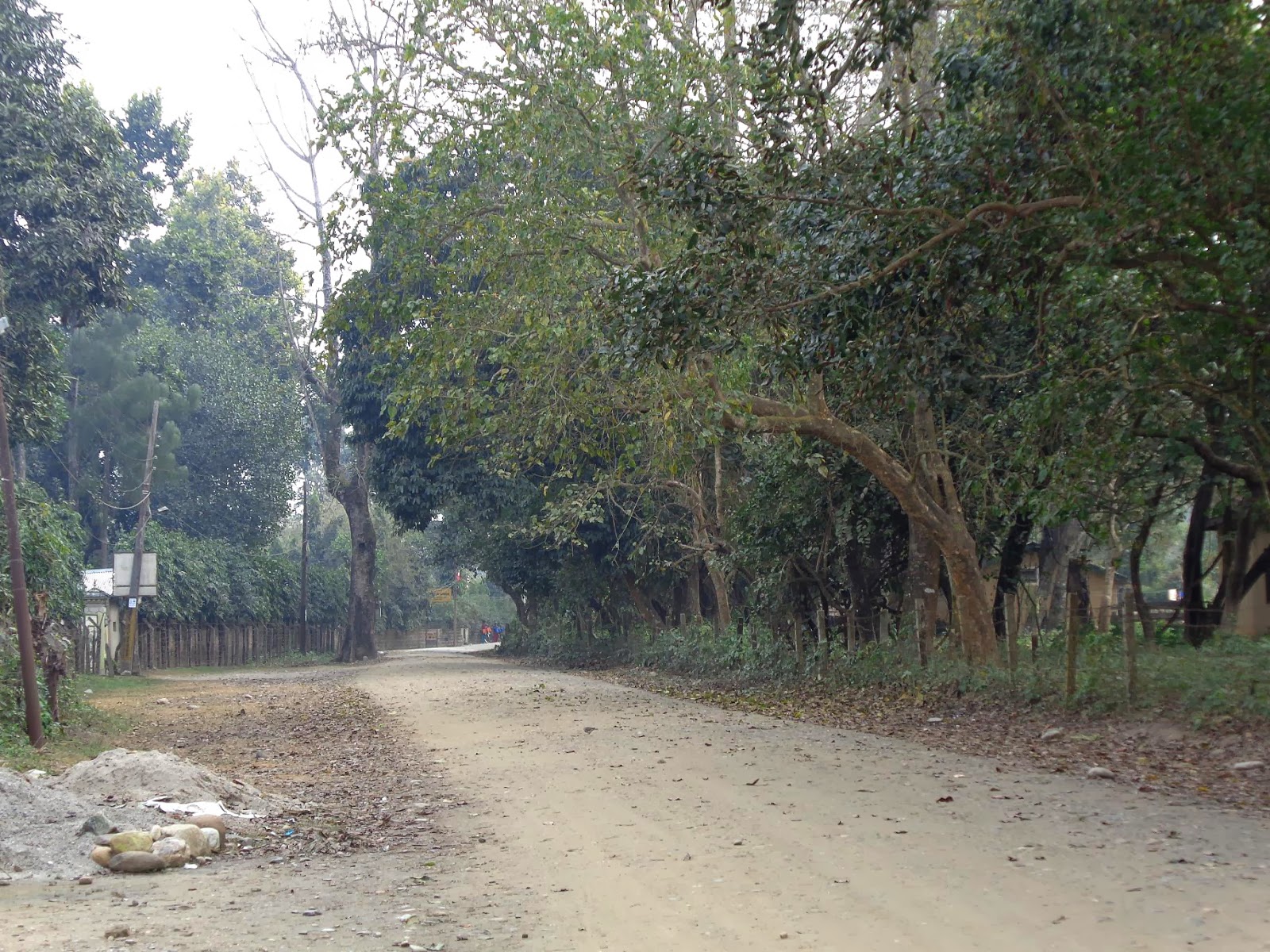 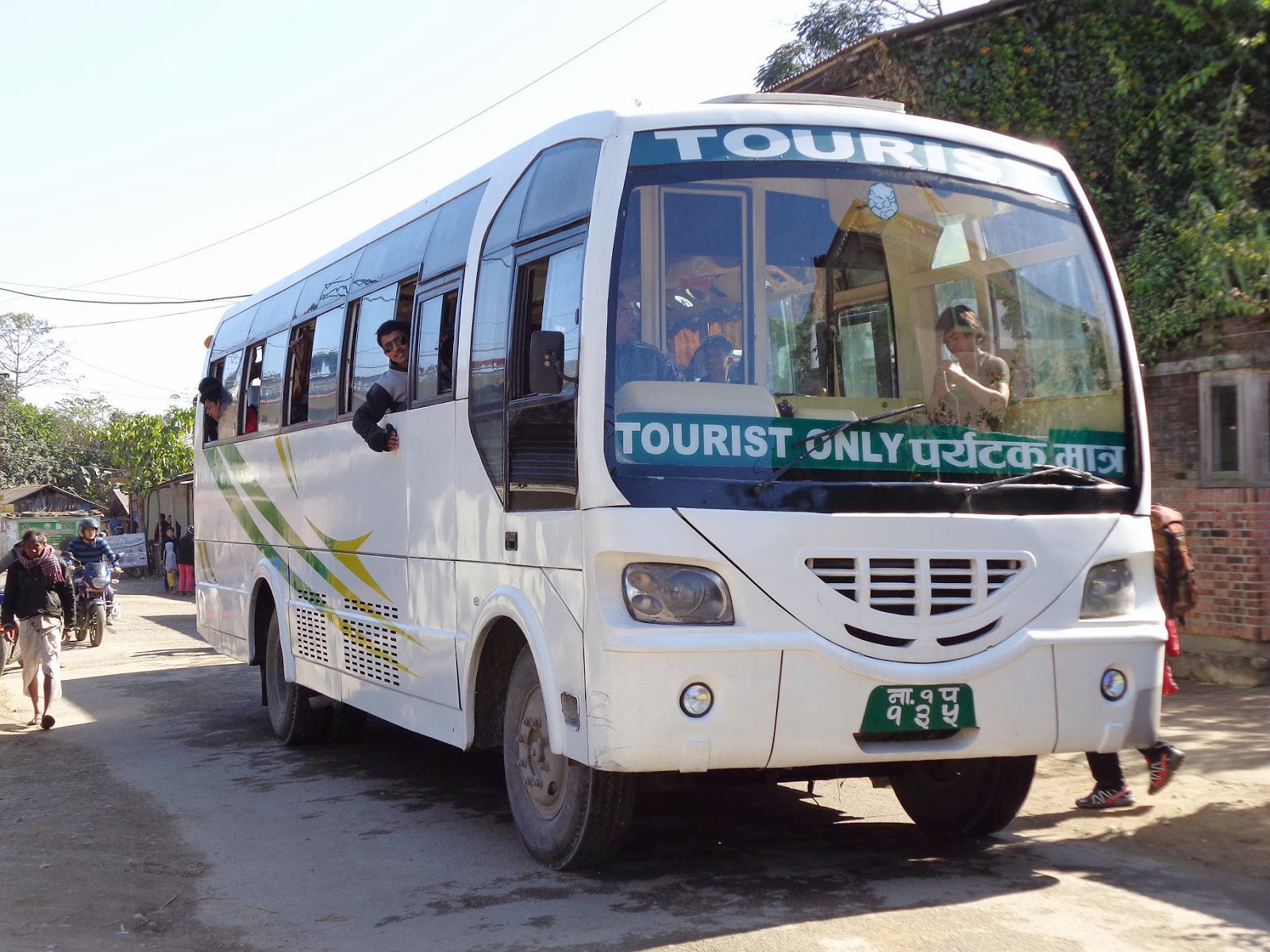 Regarding the value of land around these parts, the talk is that "one could buy a house in Sauraha or a condo in New York." What’s even better? Almost all of the roads are now paved!

With comfy hotels and lodges, a stunning national park, navigable roads and restaurants, it’s really becoming the place to be. You (yes you, dear reader) should come visit sometime. The people love visitors, and it’s good to boost the local economy (especially one that’s slowly employing more women).

Stay tuned for more reports from my little village.

Kamal Subedi and our Remedial Classes

Our Remedial Classes - By David Walton

WELNepal’s chief obligation is to ensure the success of ALL of our projects with the women in Nepal.  A failed project is a waste of money — money donated to us with the expectation that we will spend it wisely. We felt that creating libraries for the women’s groups that completed our literacy classes was not enough to keep as many women literate as possible. To remedy this we came up with the idea of offering those groups the chance to meet once a week and practice literacy skills by taking turns reading from an article or story pertaining to women’s issues, discussing the material and then answering some questions in written form — all under the guidance of a supervisor.  Since there was no project like this for us to base our idea on, we had to chart our own course. We called it our Remedial Class.

We asked our good friend Kamal Subedi, a teacher of English in the Nepali government school system, to create a curriculum for our literacy class graduates. Kamal became so interested in the project that he not only created the course, but also worked with the women who we hired to run each class. That was three years ago.

Before you read Kamal’s report to WELNepal on our Remedial Class project, let me tell you that almost all of the women wish to continue with their weekly meetings and the groups that are completing the last months of our literacy classes are lining up to start their first year of Remedial Class. Kamal will now have to create a new Remedial Class for those groups who will be just completing their third year.
We are sending you Kamal’s report, without any edits or changes:

I am very happy to be able to write you my final report for this year's all the three remedial training for female teachers. I have observed very Good attendance and active participation in the training. Most of the teachers are eager to continue this remedial course in their villages and keep the old folks interested in their studies!

They say they have seen significant changes in the lives of these people because of these post literacy classes. The mother-in-laws have started to take good care of their pregnant daughter-in-laws, and have become aware about the health hazards from smoking or working in the kitchen that uses timber for fuel, started to take part in decision making process at home, and talk openly about health issues related to sex! Now they are not shy any more while talking to a stranger or to a government official! I think these feedback I get from the teachers I deal with is more than sufficient to prove and justify the success of the course, training  and all the efforts that have been in effect from home and abroad. I am confident that such post literacy programs will definitely bring out positive changes in rural villages of Chitwan.

Big thanks for your work, time and resources directed towards changing the lives of under privileged Nepalese !

We at WELNepal are overjoyed by the success of our Remedial Class project and are so very thankful to have Kamal Subedi on the WELNepal team. Kamal also wanted to say a few words about me and Nepal, so take a look at his first blog:

I’ve known Mr. David Walton for last 15 years before WELNepal came into existence. However, it was in its conception long ago in David’s mind. Mr. Walton used to volunteer in the school where I was (and still am) an English language teacher. It was great pleasure for me as an English language teacher to know and get help from someone whose first language was English so that my pupils would get an early opportunity to get familiarized with a native speaker’s voice, which is an asset for ESL learners.

David was a selfish person. He wanted to see Nepalese life be [as good] as he could imagine and he was in no confusion that it could only be changed with an educated child. Besides, teaching English in school he started to gather funds for making TRUNK libraries in government schools and later in communities as well. I was there with David to choose, buy and send books to the chosen schools. I vividly remember the day back in 2002 when David was honored by the then-minister of Physical Planning and Works for his work and contribution in the area of educational and infrastructural development in Nepalese schools.

At some stage, David realized that an official institution was necessary to continue the work he had been doing for so long and to keep things in order and for its validity. WELNepal was set up, and its main focus was women’s education. David asked me to spend some time and develop a course, a remedial one for the advanced literate people. I shouldered the responsibility with such an interest that it was easy for me to allocate some time out of my busy schedule to materialize the dream of making Nepali women literate.

We have now four remedial series for advanced literacy classes designed to be held once a week. I know there is strong dedication and unfailing support in this mission from many people from home and abroad and it is for a good cause.  I’d love to see this amazing work being continued until every Nepali is literate. There is no doubt everyone’s input is to execute the goal of eradicating illiteracy from Nepal effectively. I’d like to take this opportunity to thank all the supporters of WELNepal, be it financial, moral or support of any form; it has brought a silent revolution in the corners of Nepali society which will eventually eradicate illiteracy – a root cause of all the evils of the Nepalese society!

Posted by WELNepal at 13:55 No comments: